Your thirties is such a pivotal time in your life. You’re officially adulting.

It’s in the magical, meaningful and challenging decade, where so many big decisions are being made. Some of these choices will impact your life forever. It’s in your thirties where career, love, family, health, finance, purpose and self discovery take on a whole new meaning. You’re older now, wiser, more learned. Your heart has had more experiences, your mind has been opened, your body awakened and you’re learning to claim your space in the world. There are so many choices, opportunities, disappointments and discoveries awaiting you with open arms to shape you into the person you’re becoming.

Owning 30 wants to be a resource to you. A sincere, authentic and honest place that speaks to the realities of being in your thirties – the good and the bad. Like a diamond, life is multi-faceted – many aspects of ourselves come together to make us who we are. This space is designed for you to claim your inner gem, to ignite your fire, to expand your vision and to be a support when you need some love and compassion.

May your thirties truly be your brightest years yet.

Meet the incredible global team of women committed to helping you to live your best possible life!

Danielle Lauren has been working in the Entertainment Industry for over 17 years. Her love of storytelling has passionately driven her to a successful career with global credentials. She has directed ‘The Vagina Monologues’ at The Sydney Opera House, ran MTV Australia / New Zealand as their sole Executive Producer, mobilised 30,000 filmmakers internationally to film their lives simultaneously for a feature film called the 11Eleven Project and currently works on digital projects for Google, Microsoft, Sky, Sony, BBC and MTV UK. Passionate about making the world a better place for all people Danielle has also worked with the Nelson Mandela Foundation, WWF, UNHCR, NSW Rape Crisis Centre, WIZO and the Aids Council. Danielle currently sits on the Royal Television Society’s futures committee, helping young people build fledging careers in the UK TV Industry. A global citizen Danielle was born in South Africa, grew up in Australia, lived in America, France and now resides in the United Kingdom.

You can email Danielle – editor@owning30.com

Lauren is a Brooklyn resident, fierce lover of food, world traveler, experience junkie, politico, independent sociologist, eternal optimist, survivor, and lifetime bad ass. When she’s not working in the advertising technology space, you can find her Instagramming her food under #feedlauren or being generally amused by life’s wonders. Lauren’s main focus has always been to learn from the lessons life teaches us no matter how old we are, to love oneself with reckless abandon, and to never up on her goals. You can expect the same themes in her writing with all the bluntness you’ve come to expect and love from a New Yorker.

Hannah Howard is a writer and food expert who spent her formative years in New York eating, drinking, serving, bartending, cooking on a hot line, flipping giant wheels of cheese, and managing restaurants. She writes about delicious things for a living, appears in food videos, teaches cheese and cooking classes, and hosts culinary events. Her memoir, Feast: True Love in and Out of the Kitchen, is forthcoming with Little A in 2018.

Hannah mentors women recovering from eating disorders on building a happy, healthy relationships with food and themselves. Hannah lives in Brooklyn, New York.

Alexi “Lex” Rosenwax is an Australian-born investment principal working in asset management with new market development, corporate strategy, origination and M&A experience, supported by a background in law and management consulting. She holds an Executive MBA from Cass Business School, a double undergraduate degree of Law and Commerce from University of Western Australia (with a semester at Uppsala University, Sweden) and is admitted to the bar in Western Australia and New South Wales, Australia.

Lex is a keen supporter of charities and was involved in her own charitable start up – BT4BC Black Tie for Breast Cancer (www.bt4bc.org) with close friends to raise money for the Prince of Wales Hospital Cancer Centre in Sydney. She also authored the newsletter at, and ran events for, global women’s charity, Zonta. She is currently a Young Patron of The United Jewish Israel Appeal (UJIA) in the UK. She is a lover of all things aesthetically pleasing including, but not limited to, shoes, bags, summer, hiking, beaches, yoga, boxing, Spanish, vegan food and styling men.

Born and bred Londoner Emma has been in Media since university. Working up from Runner slash Starbucks lacky, to Researcher slash Producer’s lacky and finally up to Producer slash Executive Producer’s lacky – the cycle never ends…She specialised in Kid’s and Celebrity Chef shows (both requiring the same parenting skills for naughty on-set behaviour). Emma started her own company in 2014 Nox Entertainment offering bespoke music and production services to venues and private clients.

A passionate animal lover, Emma volunteers with charity All Dogs Matter, and takes her poodle on hospital visits as part of the Pets As Therapy scheme. She is an ardent traveller, with number one on the bucket list to visit every country in the world.  Also a wannabe foodie as much as food allergies will allow – regrettably gluten, dairy and soya free. She is always on the hunt for that mecca of a food establishment a) do they allow dogs b) can they give me a delicious meal cutting out most major food groups c) if a and b are a go, I’m yours for life. 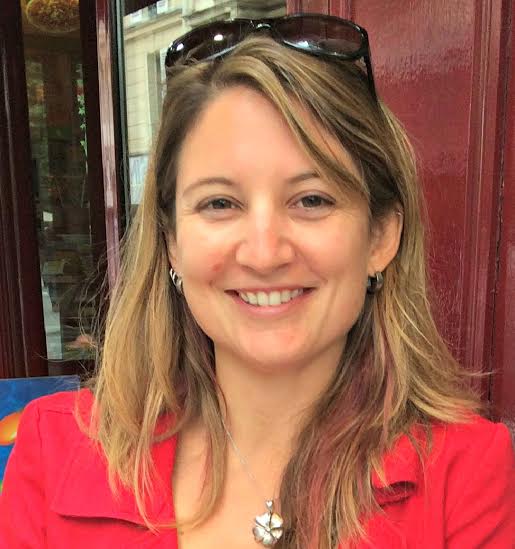 Claire currently inhabits Sydney, Australia but will be moving again soon. As an innate innovator and challenger of things that aren’t working she embarked on a location-independent lifestyle in 2015. With a background in environmental and agricultural science and communication/PR, she loves mixing up rationality with creativity. She has worked with Australian, European, American and Pacific Island science and government agencies on projects ranging from studying fish nurseries to sexing up soil science. She now specialises in science communication consulting and helping people recover from temporary injury. Supporting others to find their purpose and live it is also a particular passion. At regular intervals she can be found doing leg exercises (post-knee op), gazing at nature and talking far too much to her Russian Blue cat.

When she’s not traipsing the world, when she’s not busy with her baby girl, when she’s not catching up with friends and family, that’s when Sharney Ryan finds the time to run three 3 thriving businesses: Mash Media, Link Marketing and Pure Ignite.

Endlessly upbeat and always upfront, she lives & breathes marketing. After studying Marketing at Curtain University and Business Management at Harvard Business School, Sharney learned the real secrets of success through surviving repeated hard knocks. Turns out those secrets really aren’t all that secret:

Following those two rules has helped her find the courage to become an entrepreneur in Sydney, Australia, and to get that magical work life balance. It’s fair to say she’s one of those people who truly lives and truly gives. Each month you’ll learn a little more about why with Sharney “what you see is what you get”.

Born and raised in Toronto, Canada, Hillary graduated from the Ontario Veterinary College in 2005 in order to follow her dream of becoming a veterinarian.  After practicing for five years in Toronto she made the move to London where the travel bug really started to kick in.  Once she tackled most of Europe, she reluctantly moved back to Toronto, but still takes care to visit her second home across the pond every chance she gets. London also allowed her to pursue a different passion through writing about another love – film.  Current writer at liveforfilm.com in her limited spare time, the proud Canadian loves being able to cover the Toronto International Film Festival every year, as it’s when the city truly comes to life.  When she is not working as medical director at her day job or writing, you can find Hillary, predictably, at the movie theatre.  However, she also loves being able to spend some quiet outdoor time with her furbaby Lola the Havanese, reading a good book, or discovering a great new restaurant.  She is a true believer of making the most of now.  As Dory would say, “Just keep swimming!”

Melanie is a native Sydney-sider, having lived and worked in the UK and Japan, learning from many amazing people along the way. She has worked with global companies in delivering brand experiences and has applied her design skills to multiple social issues, something she never dreamt even possible in her twenties.

She believes in the p ower of design to effect positive change across organisations, systems and nations and has hope that we can continue to find new and innovative ways to approach the problems we face in society.

She can be often found analysing life over a G & T, suffers FOMO when it comes to her passions and is now staring down the start of a PhD with trepidation whilst patching holes in the super mummy cape that her beautiful girls bestow upon her.

Stacey Brown is a free­spirited gypsy who yearns for a day when people will stop buying shit they don’t need.

Living on a tropical island, far from the safety of home, Stacey finds freedom
in the simple life. With a brain full of things to say, her main outlet is getting
words on a page. A lifelong ‘student’ of modern philosophy and anything to
satisfy her curiosity, she enjoys the challenge of making people stop and think. With an insatiable appetite for the old, the unusual and the unique, her main passions are vintage fashion, sustainable living and writing.

On any given night you can find Stacey re­styling secondhand clothes, working on her first book, or kicking her husband’s arse in Gin Rummy.